In addition to being entertaining, science fiction offers a unique means to examine our own reality through various other worlds: technological utopias, genetically-engineered dystopias, worlds without gender, or world history without Europeans.

Travel to impossible worlds where Frankenstein can reanimate dead flesh or where your spaceship's friendly A.I. questions what it means to be alive.

This page has a selection of titles from our collection that best answer the question:

The Classics and their Successors

Here are some notable authors and quick peek into what kind of style and themes you can expect from their work. 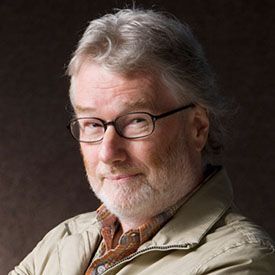 Iain M Banks wrote both 'literary' and science fiction (the former as simply 'Iain Banks'). While Banks, more than the other authors on this list, reveled in traditional sci-fi tropes (superintelligent AI, galactic civilizations, and grandiose space battles) and filled his stories with sex, drugs and witty humor, his books also grapple with substantial questions. His Culture series (ten books, including The Player of Games, The Use of Weapons, and Matter) centers on an interstellar, anarchist, post-scarcity civilization (Banks calls it his left-liberal utopia) engages with questions such as the purpose of human life, the ethical constraints or obligations for 'exporting' a utopia to other societies, and the existence of special circumstances where normal ethics become more questionable. 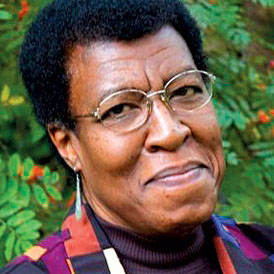 Octavia Butler's writing cuts directly to questions of identity, of the meaning of race, or gender, or even humanity. Her stories are centered on the personal experiences of her protagonists (almost always women of color) as they persevere through adversity and connects with themes of diversity, assimilation, social change (intentional and otherwise), and a trenchant critique of hierarchy. The Xenogenesis series depicts the encounter of humanity with an alien species whose reproductive needs mean the dissolution of humanity into something new. The Parable of the Sower and its sequel Parable of the Talents are a frighteningly plausible story of the decay of America and one woman's effort to organize a new community that can be the seed of something better.

Samuel Delaney, Jr., has often been reduced (inaccurately) to being the First Black Science-Fiction Author (read his thoughts on that and more here). While his novels certainly address race as part of a larger exploration of identity, class and especially sexuality are important themes. In Babel-17, an interstellar was is shaped by the discovery by one side of a language that can compel thoughts and perceptions in the listener. The Einstein Intersection tells the story of an earth post-humans, populated by an alien species that venerate human popular culture. His most prominent work, Dhalgren, is described by William Gibson as "a riddle that was never meant to be solved." A controversial postmodern novel of a midwestern city, Bellona, now cut off from the rest of the world after something went disastrously wrong. Also the author of Dark Reflections, a non-sf story of a Black, gay poet's life in New York 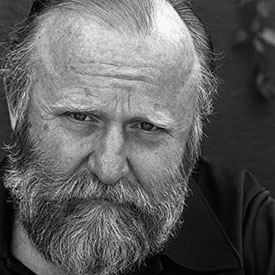 Frank Herbert, a native of Tacoma, is the author of the famous Dune, and it's sequels. In addition to his interest in politics, power, and religion, Herbert was a pioneer in bringing ecological themes and perspectives into science fiction. The Pandora Sequence, written with Evergreen dean Bill Ransom, brings questions of religion and power together with speculation about AI and interplanetary colonization. The Santaroga Barrier straddles dystopia and utopia, speculating about the possibility and nature of a higher, and communal, stage in human consciousness. 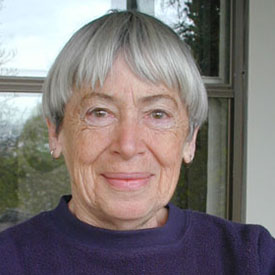 Ursula K Leguin is a doyen of modern science fiction and local to the Northwest, living in Portland. Her work draws heavily from an anthropological perspective, often depicting entire societies. Through this lens, she approaches a variety of issues. The Left Hand of Darkness, set on a planet without fixed gender, probes questions of cultural understanding and kinds of power. The Dispossessed imagines the nature of a functional anarchist society, and its potential limitations, contrasting the materially poor, but solidaristic world of Anarres with the rich, capitalist planet of Urras. In The Word for World is Forest, the Terran occupation of the planet Athshe leads to enslavement and eventual armed resisitance by the native species, who had previously never known war. Her non-sci-fi works and many, and include A Wizard of Earthsea, which not only subverts the typical, lily white worlds of fantasy with a richly imagined world of its own, but is a powerful tale of responsibility, power and death. 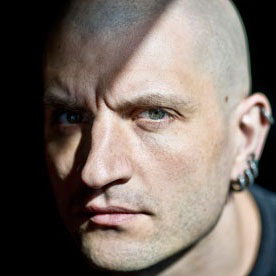 China Mieville likes to describe his work as "weird fiction," flitting as it does between genres and styles, although always with a touch of the baroque and a generous dose of the, well . . . weird. The City and the City is at its core a detective story, but one which takes place between two cities which occupy the same space down to the streets. Embassytown is a more straight work of science fiction, built around the problems of communication with a species whose concept of language relies on a total identity of what is said with reality. His Bas-Lag books (Perdido Street Station, The Scar, and Iron Council) are a pungent mix of steam, magic, various humanoid species and politics, at once fantastic and possessed of a grim social realism. A Marxist and very politically active, his fiction is rarely, if ever, didactic, but does always contain a powerful undercurrent of social critique.

Nnedi Okorafor writes powerfully character driven fiction with vivid, memorable settings both for general and young adult readers. Her stories are marked by a deep empathy and consideration for the characters . Influenced by her own experiences as a first-generation Nigerian-American, much of her fiction dwells on issues of hybridity, multiplicities of cultures, perspectives, and identities, and Nigeria and Africa. Akata Witch is the story of a African and albino girl, Sunny, discovers she possesses magic powers; noted by the ALA for its excellent expression of feminist themes in children's literature. Who Fears Death takes place in a post-apocalytpic Sudan filled with magic, ethnic tension, and weaponized rape, where Onyesonwu, the daughter of a women subjected to such a rape endeavors to defeat her powerful father. Her most recent novel, Lagoon, follows an unlikely trio of a marine biologist, a soldier, and a famous rapper at the center first contact as an alien intelligence emerges out of the sea near Lagos. 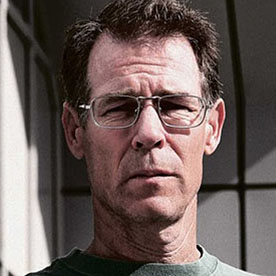 Kim Stanley Robinson's novels are generally lengthy, thoughtful and well-researched explorations of particular topics from multiple disciplinary perspectives.There is a lot of science in this fiction, and scientists often feature as protagonists, but ethical and spiritual considerations are prominent as well; the question of how to achieve social justice is a constant theme. The Mars trilogy (Red Mars, Green Mars, Blue Mars) deals with not only the inhabitation of the planet, but its geological history, the ethics of terraforming, ecological systems design, revolutionary strategy, and how to make economies ethical. While a 'feral' lifestyle turns up in many of his novels, Shaman is an exploration of paleolithic life, drawing both on the latest archaeology and feeling for a life embedded in nature. His newest novel, Aurora, deals with the possibilities and limitations of interstellar colonization via generation ship.