Resources in the Evergreen Library, Summit borrowing co-op, and the reliable web.

sovereignty:  supreme power especially over a body politic
freedom from external control :  autonomy
controlling influence
one that is sovereign; especially :  an autonomous state

to bring under control and governance as a subject :  conquer
to make submissive :  subdue

Nation to Nation: Treaties between the United States and American Indian Nations, 1790-1868

National Museum of the American Indian online exhibit featuring facsimile copies of selected treaties, including the Medicine Creek Treaty of 1854 between the U.S. and nine tribes in the south Puget Sound. 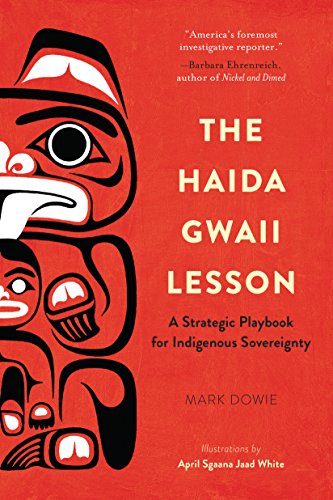 "An epic story needs an epic writer. From the heart of a nation whose language is distinct from any other in the world, comes a story of intergenerational courage, battle, commitment and joy told by one of the most widely respected journalists of our time. Mark Dowie's impeccable research, devotion, and love of the word, the people, and land bring an epic tale to paper. From these words, we can all learn." ―Winona LaDuke, author of All Our Relations: Native Struggles for Land and Life

Treaty Talks: Paddling Up the Columbia River for People and Salmon from Voyages of Rediscovery on Vimeo.

The following discussion is excerpted from, "Treaty: Promises between governments," as published by the Columbia River Inter-Tribal Fish Commission (CRITFC) consortium of the Yakama, Umatilla, Warm Springs and Nez Perce tribes.

Treaties are legally binding contracts between sovereign nations that establish those nations’ political and property relations. Article Six of the United States Constitution holds that treaties “are the supreme law of the land.”

Treaties between Indian tribes and the United States confirm each nation’s rights and privileges. In most of these treaties, the tribes ceded title to vast amounts of land to the United States in exchange for protection, services, and in some cases cash payments, but reserved certain lands (reservations) and rights for themselves and their future generations.

Indian treaties have the same force now as on the day they were signed. Like the Constitution and Bill of Rights, treaties do not expire with time.

The trust relationship between Indian tribes and the United States government is well established in law. The reserved rights of the tribes have been litigated many times, even going before the Supreme Court on several occasions beginning in 1905.

What is a treaty?

A treaty is a contract, a binding and legal agreement, between two or more sovereign nations.  By signing treaties with Indian tribes, the United States acknowledged tribal sovereign status. When the architects of the American government created the Constitution, they explicitly recognized that treaties are the supreme law of the land, along with the Constitution itself.

What promises did the United States make in the treaties?

In return for the vast Indian holdings and resources, the United States made certain promises:

It is important to remember that these promises were made in honor. Also, they were, and still are, legally binding upon the U.S. by the 6th Article of the U.S. Constitution.

What does “trust responsibility” mean?

Tribes have a unique status in the American system of government. They are neither foreign nations, nor exactly like states.  Tribes are distinct political communities, defined in law as “domestic, dependent nations.” In its 1831 Cherokee Nation v. Georgia decision, the Supreme Court described the obligation of the United States to tribes as that of a guardian to his wards. Subsequent court decisions have made it clear that the agencies of the federal government are to be held to the most stringent “fiduciary” (trust) standards. With respect to salmon, it cannot be said that federal agencies have always met their trust responsibilities.

What is the citizenship status for tribal members?

Tribal members have dual citizenship. They are subject to tribal laws and authorities and can exercise sovereign rights reserved at the time their treaties were enacted.

All tribal people, since 1924, have also been citizens of the United States, subject to its laws and authorities, privileges and rights. Many tribal members have particularly distinguished themselves in wars the United States has participated in. In general, tribal people exhibit great respect for this land and their fellow American citizens.

It was partly in recognition of tribal people’s courage and valor in defense of this nation that American citizenship was bestowed, not as a replacement for but in addition to tribal membership."

HeinOnline is a large image based legal research collection and contains important political science information, legal history, journals, case law and government documents. It contains more than 130 million pages across more than 60 individual databases, all of which are fully searchable PDF copies of the original print publications.