This collection contains the business materials, organization information, articles, newspapers, comics, publications on the Nuclear Freeze Movement. As part of the Olympia Historic Society, these materials are focused on organizations in Thurston County

Statement on this collection:

This guide was prepared in conjunction with the Ain't It Great to Be Alive: The Nuclear Freeze Movement in Thurston County and Beyond exhibit in the library. On display Oct. 16 - Dec. 31, 2015.

For more information about the collection, please contact Archives or Andrea Heisel.

WORLD PEACE is a Local Issue opens with these words: "In a democracy, the most important office is that of the private citizen." Justice Louis Brandeis.  The film documents how local efforts can impact national issues. The story begins in 1983 showing actions, worldwide, toward reining in escalation of the nuclear arms race. In a suburban community, 300 people show up, petitioning their City Council to pass a Nuclear Freeze. Their impassioned pleas overcome Council resistance, resulting in a Freeze Resolution!  Highlights include statements from Paul Newman, Senator Edward Kennedy and Senator Ed Markey, who introduced the original Freeze Resolution to Congress. Today, thirty years later, with the nuclear issue still relevant, we watch Markey re-introduce similar legislation: the SANE Act (Smarter Approach to Nuclear Expenditures).

Other books, ebooks, and materials available via the Evergreen Library Search:

Ain't it great to be alive!

Event hosted by the Library 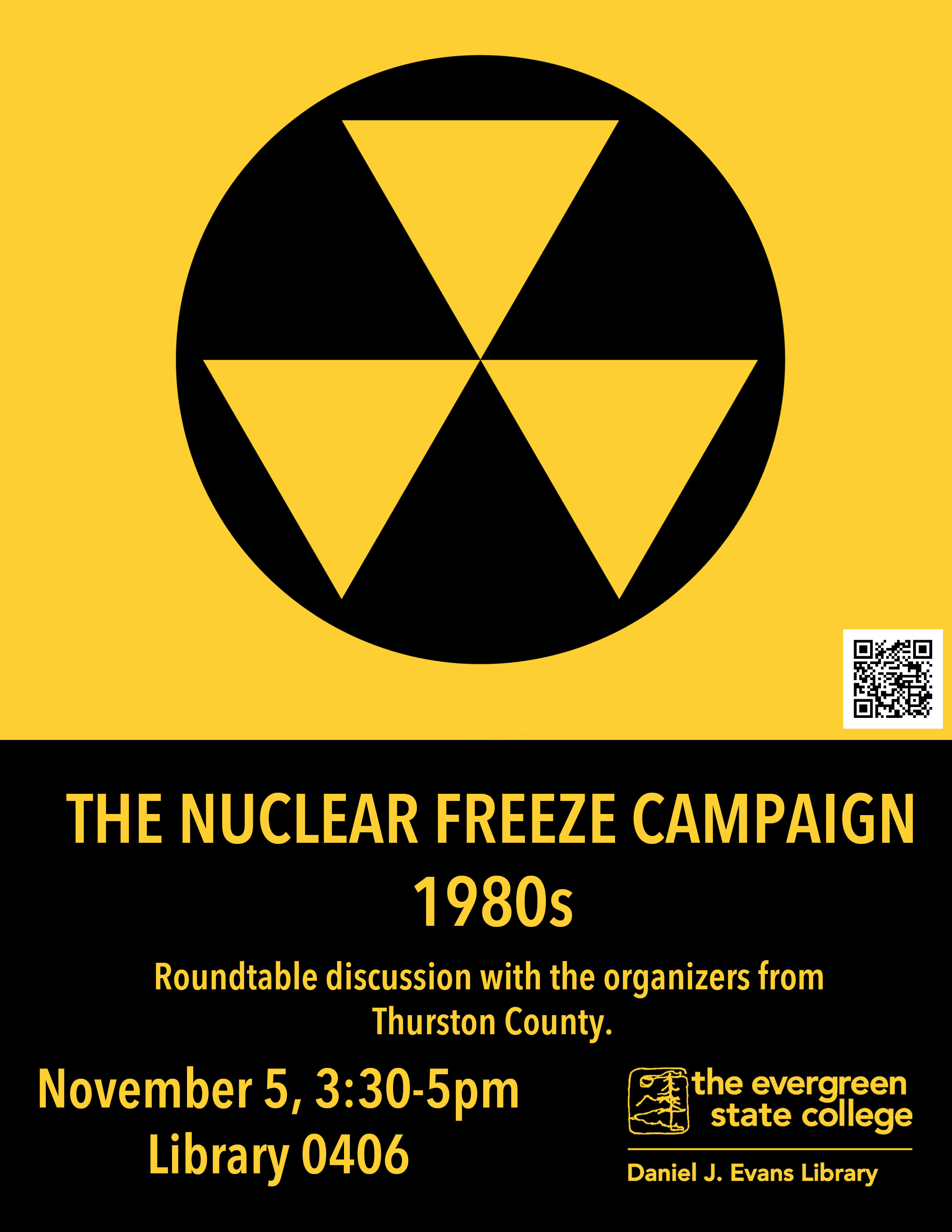 Additional Archives Across the Country